When it was first decided that Australia should be colonised, British criminals who were convicted of serious crimes – and many not so serious – could be offered a choice of the death penalty or transportation to Australia. Surprisingly, some chose death. Australia must have sounded like the actual biblical idea of hell to the British convicts; it would be a hardened criminal indeed, willing to take it on.

I went for the sibling relationship with this story, as it is one that I know well, and find fascinating. I was also inspired by a brilliant novel about grave robbers that I read a few years ago called The Sad Tale of the Brothers Grossbart, by Jesse Bullington. However despicable the crimes of the heroes, when you see the beautiful moments of sibling rivalry and love, you can’t help but want them to win. – Jamie Rhodes

The First Fleet arrived in Botany Bay in 1788 at night, and was made up of eleven ships carrying roughly 750 convicts, and 300 soldiers and settlers. Our brothers start the journey aboard the first convict ship, waiting for their chance of liberty when the ship might drop anchor…

“John and I stood up. I didn’t have to tell him my plan; having shared a gaol, a home, a childhood, a crib, and a womb, we were almost of one mind. With a look to the other convicts in our cage, they knew what was afoot and began to uncurl from their sitting positions. The guards didn’t notice until it was too late.
In a flash John unlocked the cage and flung the door open. Before the guards could shout out or draw their weapons I had my stiletto through the throat of one and John cracked the other’s skull against the metal bars of our cage. The two lads crumpled to the floor in a heap.” – Jack Sheppard, Death or Australia 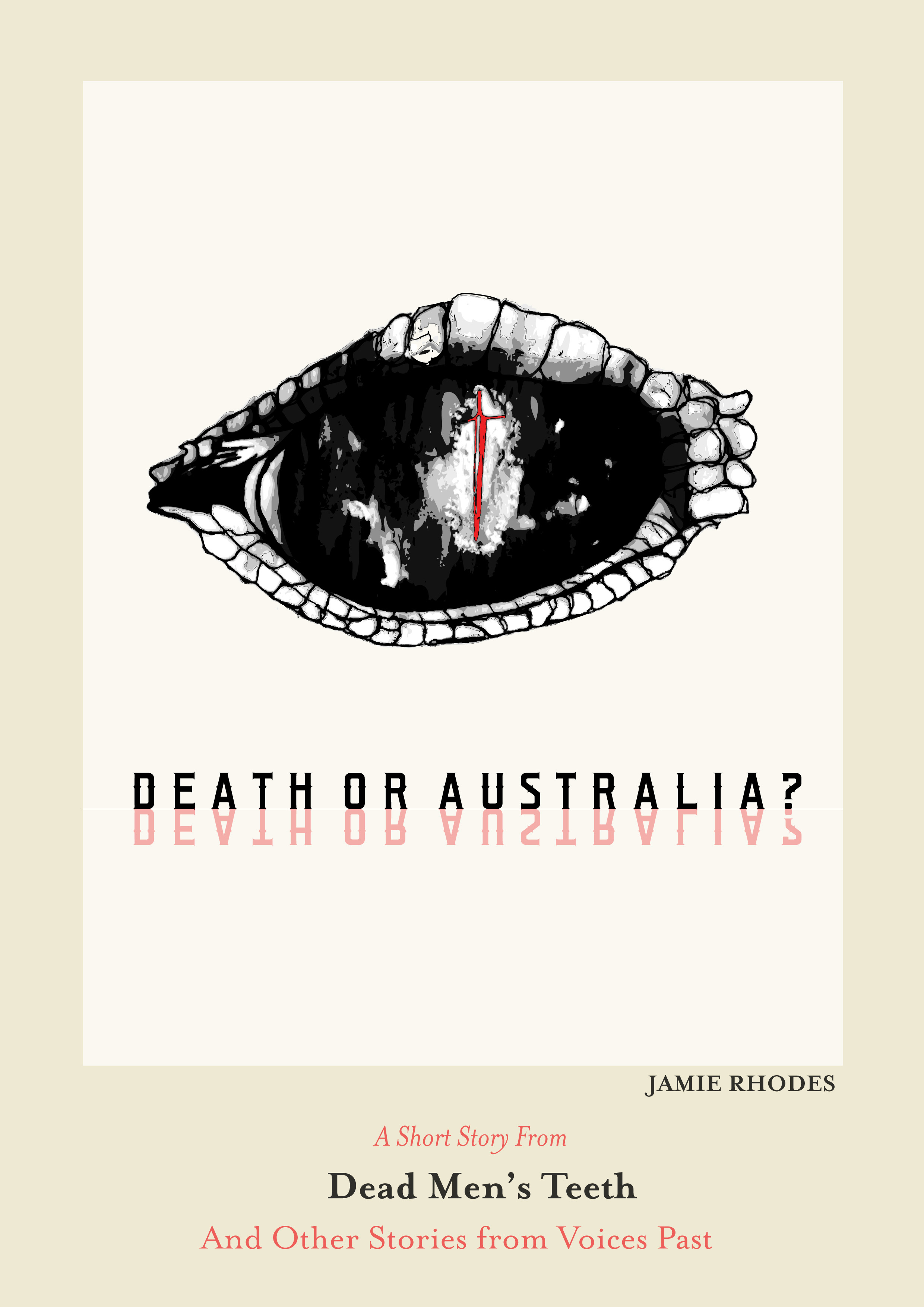